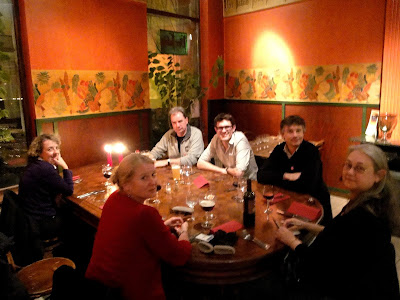 I was in Ghent, Belgium (or “Gent” in the original Dutch spelling) March 1 – 6 this year, for some IGeLU Steering Committee meetings, not the least with the local University of Ghent Library organising committee of the IGeLU 2010 conference. But also for Datasalon 4.

Of course I visited a number of bars and restaurants, which may be interesting for IGeLU 2010 participants as well: